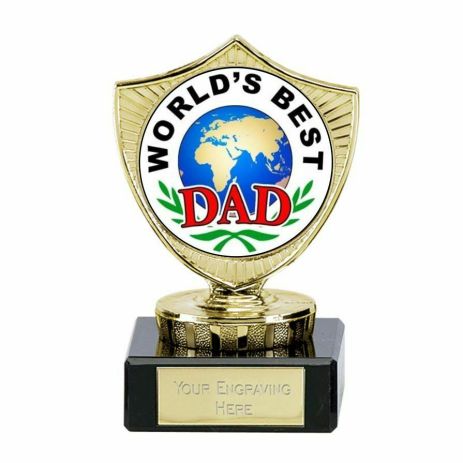 The signs are coming: “World’s Best Dad” printed on multiple t-shirts hanging on a clothes rails; scores of cards with “Number 1 Dad” on; “Perfect gift for Father’s Day” on everything from albums of 1980s soft-rock to packets of beef for the barbecue, essentially anything the real industry deems ‘manly’.  Their prevalence making the statements meaningless.  Their appeal to sentimentality for commercial gain that turns fatherhood into an apparent competition.

Nor am I a fan of the Pedant’s Parade that accompanies it.  Just as night follows day one thing is sure, there will be people who will decry Father’s Day as simply a commercial enterprise with no historical precedent.

Time for a little diversion:

Arguments against Father’s Day, particularly by those use the centuries of background behind Mothering Sunday against it, may lament it as a modern and commercial invention imported into the UK from the USA.  It is true that Father’s Day is first known to have been celebrated in the USA.  Sonora Smart Dodd of Spokane, Washington State, was listening to a sermon on Mother’s Day during the May of 1909 and decided she wanted to similarly celebrate her father.  A year later, after petitioning local politicians, the first Father’s Day was celebrated on 5th June 1910 (See: Remy Melina, 2010).

Mother’s Day, or Mothering Sunday if we are being pedantic, is not the day it once was.  Few practise the 16th Century tradition of visiting their local ‘main’ church or cathedral each year.  Yet it is from the tradition of visiting the ’mother’ church during Lent that we get the ‘mothering’ of Mothering Sunday – a person’s nearest parish church is the ‘daughter’ church of the diocesan cathedral (see BBC, 2011).  These visits also became opportunities for celebratory family reunions when people returned from working away.  In time, this tradition developed into children, working as domestic servants or apprentices, being given a day off to visit their mothers and families.

The transformation of Mothering Sunday into Mother’s Day is as recent as the creation of Father’s Day.  And the history is similar too.  Using the day to celebrate the important role mothers play in our lives, as opposed to visiting mother churches, originated in the USA.  Anna Jarvis campaigned for such a day of celebration following the death of her mother in 1908.  The American President Woodrow Wilson made Mother’s Day an official national celebration in 1914, with Father’s Day being given the same status 10 years later (See: Remy Melina, 2010).

Mothering Sunday as a celebration had largely died out in the UK until revived by Constance Smith in the early 20th Century.  Inspired by Anna Jarvis’s campaign in America, Smith imported it into the UK around 1920.  Although she linked it to the Church of England’s liturgy during Lent it was a celebration of mothers, and not a revival of visiting the mother church (see Howse, 2013). In other words, both Mother’s Day and Father’s Day as celebrated in the UK are ‘modern’ imports from the USA, if you consider 110 years ago to be modern.

The history of Mother’s Day and Father’s Day though is a red-herring.  What is important is the meaning behind it.

Anna Jarvis lamented and campaigned against the commercialisation of the Mother’s Day she did so much to establish, even being arrested for disturbing the peace (see ‘Yesterday‘).  Of the mass produced Mother’s Day cards she commented

“A printed card means nothing, except that you are too lazy to write to the woman who has done more for you than anyone in the world.” (see ‘Yesterday‘ and Howse, 2013).

I share Anna Jarvis dislike of the commercial aspect, though not to the point of being arrested for it.  But any distain for retailers exploiting celebrations and our laziness for profit can deflect us from the importance and challenges of these days.

As a single person in a family focused church it was not only easy to avoid church on Father’s Day, it was self-preservation to do so.  The celebrations I glimpsed through the windows were reminders of what I had craved but didn’t have.  Unable to cross the threshold, I worshiped from the outside, soaking in the amplified worship and praying through the silence in between.  The celebrations were out of sight but not out of mind.  They challenged me to meet the challenge of loving my father for who he is and not whom I wished he was.  And I do, I love my father.  But as much as I found it difficult to witness the joy I craved I never wanted to deny the joy others had.

When my children were born I had no plan to celebrate Father’s Day, and I almost got away with it.  At first Father’s Day was little more than a poem sourced from the internet placed by the nursery staff on the day’s piece of art.  I could pass over the poem and focus on my children’s art.  Their joy in their art was shared, their joy in giving it to me was received and reciprocated.  But it wasn’t Father’s Day.

My cynicism, distain, fears and pain were getting in the way because Father’s Day had been all about me and my father.  But it isn’t and, thankfully, I realised that.  Thankfully I realised it is as much about my father as it is about being one.  I realised that my cynicism of the commerciality is not a reason to treat it with distain.  Instead the cynicism is a reminder to see and celebrate what Father’s Day is really about: celebrating and cherishing the love between children and their father-figures, biological and not.

Father’s Day is the celebration of a relationship but clearly if there’s no relationship worthy of celebration it can be a deeply painful day.  But that pain, whether our own or out of empathy for others, is not a reason to deny or decry it; instead it is an encouragement to break the chain and not reinforce it.  It is a reason to celebrate and champion the positive role models of fathering that we do have and, importantly, could have.  That is what I am trying to do, not just for my children but for those for whom Father’s Day will be far more painful than I can imagine.

I am grateful that now I can enjoy the conspiratorial giggles between my children as they sneak in their cards and presents into the house.  I am thankful that I have learnt to accept the nonsense of a “best daddy” present because it isn’t nonsense.  I am by no stretch of the imagination a perfect father, I make mistakes, too many of them but my “World’s Best Daddy” mug is a sign that I am doing something right.  It is a sign that my children know I love them and that I know they love me.

I may not be a fan of the commerciality of Father’s Day but that isn’t going to stop me from celebrating the reality of it – and just in time: my children have invited me to a ‘Father’s Day’ lunch at their school this Friday.