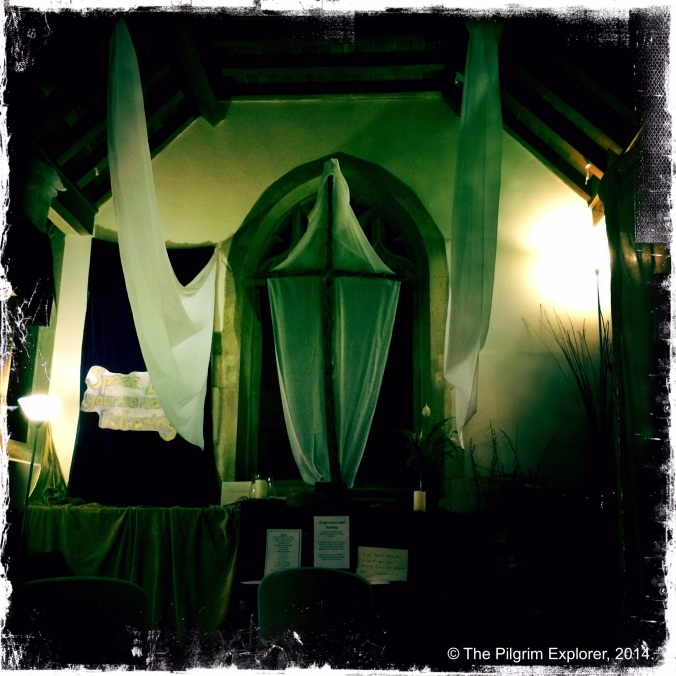 Sometimes God doesn’t want your prayers for other people, sometimes He just wants to minister to you.

A Pastor once described the church and the life of a Christian to me as a ship made up of three parts.  The bow is a battleship where those on the spiritual front line find themselves; it’s the most vulnerable part of the ship.  The stern is a hospital ship, where those damaged on the front line go to recover.  Finally there is the cruise ship that makes up the midship.

The Christian Cruise is a comfortable place, a place where people can simply enjoy the presence and beauty of God.  The teaching is pleasant, the songs wrap around you like a warm blanket, even the children’s action songs are tolerable.

The attitude of the ship’s passengers is important.  Mobility is key.  Stay in one of the zones too long and dangers lie ahead.  Too long on the front line and the recovery time will take longer, the damage too deep for a sticking plaster to heal.  Too long in the recovery room and self-pity can set in and rob us from seeing and experiencing the richness of life on offer to us.

The stability of the midship is both attractive and a necessity.  Its peacefulness gives us a safe place in which to deepen our faith and prepare for our time on the front line.  Leave it too soon and our reserves are not deep enough to cope with disappointments, stress, spiritual attacks and much more for long.  Too long in the midship and our senses get dulled to the point we stop noticing that our faith and journey is stagnating.

This image of a 3-part ship has often proved helpful to me.  After the disappointment of last week (see Excuse me while I kiss the sky) I knew that I needed some time in the stern.

I had ended the week knowing that there were some positives in not being able to start at a theological college this year, but they were only thoughts.  My emotions were telling me something quite different, it was as though the two had had a divorce.

I needed time to lament, to let any tears flow and vent my anger and frustration. I needed to allow God to minister to me, to speak into my hurt and nurse me back to a place where we could work effectively together.

It was in that state that I found myself alone in my church amidst a couple of weeks of 24/7 prayer.  I had gone expecting to pray for others, and with the hope that I would hear God speak His will for the world through scripture.  What I experienced was something quite different.

God was certainly in the house but had different plans from my own.  He knew what was needed better than I did.  As I tried to connect with God to hear about one thing God was trying to break through to tell me about something else.  We were talking at cross purposes.

God’s gentle power slowly seeped into the cracks.  I began to feel excited about the year ahead.  A sense grew that God would be taking me to new places, to give me new opportunities and experiences.  They would be places that would prepare me for the future ministry He has planned for me and deepen my relationship with Him in the process.

Despite the positivity the hurt still remained.  There was no instant healing.  The medicine needed some time to filter through me and have the desired effect.  As each day passes, slowly but surely my emotions and intellect came closer together.

With a degree of reluctance I contacted the Ministry Division of the Church of England to release my place at the Bishops’ Advisory Panel (BAP) in June.  There was something within me that wanted to keep hold of the place.

I wondered if I would or should change my mind and study locally as originally intended; my local theological college would certainly provide an exciting and challenging preparation for ordained ministry, and I could start there this year.  I knew deep down though that I was being called to move the family, the very thing I had been against doing.  It felt like a pivotal moment.

Having l handed back the place back I felt excited for an unknown person.  Somewhere a person that had been disappointed about not getting a place at a BAP would receive some unexpected news.  My disappointment would be their joy.

I took more steps to put into action the decisions God had helped me to make.  I accepted a place at one college and rejected the others.  It felt awkward, sad and even painful.  The dye was cast.  My wife and I had committed ourselves to move if the Bishop’s advisors thought me and ordination training were a good pairing.

My DDO had suggested I get in contact with a local vicar so that I could experience leadership in a less well resourced church than my own.  Unbeknown to my DDO I knew the vicar she had suggested, she had been in my church before heading off for ordination training herself.  She was also one of the first people I had talked to about ordination over a year ago.  In a strange coincidence the vicar contacted me on other business before I could contact her about working alongside her.  An exchange of emails later and the first steps into preparing my gap year had been set in motion.

I had also set up a meeting with my vicar at the end of the week to catch up on things and discuss the first sermon I would soon be preaching.  My prayers over the scripture I had been given to preach on had generated some thoughts.  Transforming these thoughts into a draft sermon to discuss with my vicar words brought yet more peace to me.

The meeting provided yet more encouragement and excitement.  My draft sermon was well received and led to some helpful discussions.  My vicar had also been thinking over one of my DDO’s suggestions, that of having a reading partner with whom I could discus and debate theology – it was all part of my DDO’s ideas to improve my ability to articulate at a BAP.  The people suggested had sharp and independent minds steeped in theology.  Either would challenge me so that when challenged at a BAP I would not panic but would confidently and purposely answer the questions posed.

Step by step, things were being put in place.  I would be a very different person, a more rounded and confident person by the time I reached a BAP.  Whether recommended for ordination training or not, the time following a BAP would be continue to take me into a deeper knowledge of and relationship with God.  Just as who I am is being transformed by this discernment process, so is what I will do with my life.  A rich and rewarding future beckons.

There remained one more thing needed to bring my time in the stern to an end, a new date for when I would be attending a BAP.  It came as the week ended.  I had been given a place in one of the earliest panels after the summer break.

The new date didn’t bring the disappointment that the first had brought.  Nor did it bring the depression I had expected when contemplating any delayed start to training.  Instead it brought contentment.

There are six months before I sit in front of the panel, six months of positive things to focus on, six months of seeing how God will transforming me yet further.  Those months won’t solely be used to preparing me for the BAP, they will be used to help lay the foundation of the consequence that will follow the Bishop’s advisors’ recommendation.

For now I’m leaving the recovery room and entering the midship cruise, though only for a short while.  With my first sermon due to be preached in a week’s time I will be leaving my comfort zone and returning to the front line very soon.

Travelling home under starlit skies once Christmas Eve had turned into Day.
Above thy deep and dreamless sleep
Out for a walk in the urban splendid of Bath, here looking over Lansdown Crescent to St Stephen’s Church
Healthcare never sleeps - the Royal United Hospital at night.
After our rehearsal for our ordination on 27th September 2020 we thought we had better remind the people of Wells and home of Hot Fuzz why were were there.
Dream on