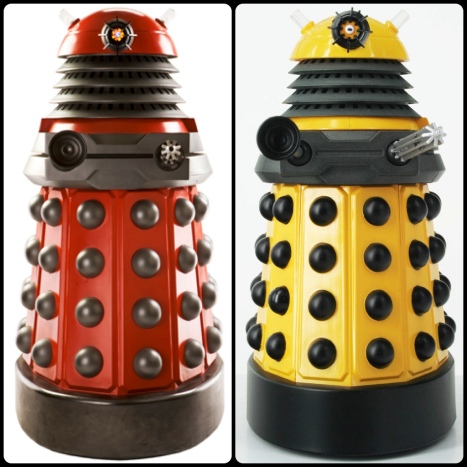 The Bible is peppered with suggestions that strength is found in weakness.  On the face it sounds counter-intuitive but realign how you consider such a phrase and the truth is unveiled.  The trouble is that identifying and addressing weaknesses so that they can become strengths can be a painful experience.

I met with the DDO last week to discuss the reports she had received from the Examining Chaplains and to prepare for the next stage of exploring ordination.

I had sensed that each of the meetings with the Examining Chaplains would most likely produce quite different reports about me.  I was to be proved correct.  The choice of which to look at first was mine, the positive or the negative.

I chose to face the negative report first.  My mother’s attempts at urging me as a child to eat what I didn’t like first was bearing fruit.  The sweet taste of positivity would alleviate the sour taste that might come from the first Examining Chaplain’s report which I rightly suspected would be difficult to swallow.

There were words that hurt and words that irritated me.  Some comments felt shallow and trivial, an attack on my personality for no good reason.  A factual error irritated me.  The report was worse than I had expected.

The shaky start I had had in the first Examining Chaplain interview showed itself.  My answers were fairly reported as being unclear, vague even and lacking substance.  Whilst there were more negative points they did not always come about from what I had said but as a result of the two of us coming from different strands of the Church of England. At times our viewpoints and language at times felt alien to each others.

I fought the urge to mount an aggressive defence.  One of the great qualities of the Anglican Communion is how it manages to accommodate such a myriad of worship styles, viewpoints and characters.  For me to stand any chance of working with those within the Communion different from myself I was clearly going to have to improve my ability to speak their language, to gain their confidence that I saw things from their point of view.  That I had left the meeting and instantly read up on the areas to address that was typical of me, and made the DDO smile.

We turned to the second Examining Chaplain’s report.  It could not have been more different.  As with the first it proved to me that my reading of the situation had been accurate and that my instinct is something to be trusted.  In places of direct comparison with the first it stood in stark contrast to it. Whilst the first suggested further study before going to a BAP, the second suggested that not only should I go to a BAP now but that I would meet with a positive outcome should I go.

It was the pick-me up and affirmation I needed.

That I was sent to two Examining Chaplains with different perspectives and experiences has been deliberate.  Had both been of similar ilk the areas of weakness I need to address would have remain hidden until the BAP, when performing badly has even greater consequences.

Having such contrasting reports though ratchets up the pressure on my forthcoming meeting with a local Bishop.  It is the point at which the Bishop discerns whether they can sponsor a candidate to go to a Bishops’ Advisory Panel (BAP).

Generally I have seen such meetings presented as a mere formality, and as a chance to have a relaxing chat.  The inference from such impressions is that there is no pressure on you to perform, to provide the correct answers, but that the gift of discernment hopefully held by the Bishop will be sufficient to grant passage to a BAP.

Such a view, whether correctly interpreted or not, is false.  It masks the purpose of the meeting and the responsibility of the person going forward for ordination.  It is not a game where the pressure is on the Bishop to guess the right answer in order for the contestant to go home with a prized place at a BAP.

A lot does depend on the Bishop’s ability to discern whether the candidate is being called towards ordination but so does the information that is fed to them.  Prior to the meeting the Bishop will see both Examining Chaplains’ reports, the pieces I wrote for them and a brief report from the DDO amongst other things.  Each will tell him something about me and about my calling.  Where there is conflicting information or portrayals questions will arise that the Bishop will want answers to in order to make the all important decision.  Those answers will need to come from the candidate, from me.

The meeting is no inconsequential conversation but an interview of great importance.  It is 30 minutes of my life that will decide whether I go forward now, later or never for a BAP and all that might follow.

With so much being carried by a single meeting it would be wrong to simply treat it as a friendly chat and hope with blind faith that I will say the right words, and there are right words!  Failing to prepare not only will do myself a disservice but will show a lack of my respect for my calling, for the process, the DDO and the Bishop.

It was in discussing this that the DDO’s encouragement and affirmation gave me the boost I needed.  What the DDO had been able to discern from our relaxed chats over several months told her that not only do I have a calling but that I am ready to move on to the next step.  My meetings with the Examining Chaplains had highlighted to both of us that my ability to articulate what is inside of me is sometimes lacking.

In essence, the meeting with the Bishop and the BAP are a series of exams at the end of a period of study.  The time with the DDO is more akin to coursework, something that I have always been more comfortable with.  I think aloud and develop my thoughts as I talk.  There is a time and place for that, the meeting with the Bishop is not one of them.  I need to have my developed my thoughts ahead of time and to be able to articulate them under pressure.  Preparation would help me avoid any tongue twisters.

The DDO told me that the reading and writing that I have done to this point holds all the answers to the questions I will be asked by the Bishop.  I was given some key questions to focus on as I re-read and contemplate what I have written and discussed so far.

We talked in detail about the next steps.  The DDO was ready to pounce.  If the Bishop agreed to sponsor me to go to a BAP she would press send on the booking form straight away.  Everything that could be done to enable a September 2014 start would be done.  If a 2014 start wasn’t going to be possible a plan for the year ahead would be drawn up.  The time would not be wasted.

I won’t be twiddling my fingers or wait idly by should I find myself with a place at a BAP.  As well as plenty of practical things to sort out there would be much more reading and contemplating to be done.  I wouldn’t be doing it alone either but, most likely, with a reading partner with whom I could discuss certain books and improve my ability to articulate my thoughts.  How long this stage lasts depends as much on the Bishop as it does on places being available.