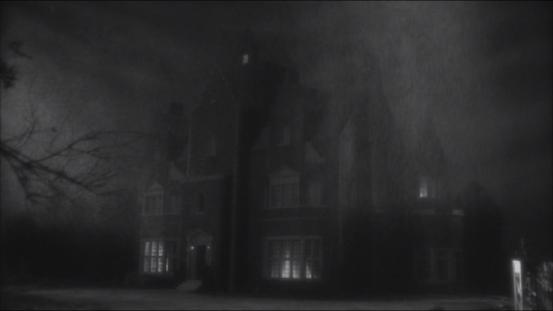 I walked right into an Agatha Christie novel.

I started work on Monday with the security of a ‘permanent’ contract (there is no such thing as a truly permanent contract of course).  There were important deadlines to meet but they all seemed achievable.  For the first time in a while work was not going to be causing me any stress.  It was just as well for it came thick and fast from the ordination path.

The Diocesan office emailed me as the week began.  They had details of a second Examining Chaplain but only one of the four references they needed to before I could meet them.  The deadline was the next day.

The references collected by dioceses form part of the paperwork that go to any Bishops’ Advisory Panel (BAP) should a candidate find themselves being recommended to attend one.   My vicars had arrived in good time, my employers was ready to be emailed: it was sent on its way with a click of a computer mouse, a model of just-in-time management.

The other two references were nowhere to be found.

My academic one was a concern, I had started trying to get it two months previously.  Each email or phone call was met with silence.  My lay reference, from a couple who had been part of my spiritual journey for a long time, was causing even greater concern.  I knew it had been the first to be completed and posted, yet clearly it hadn’t arrived at its destination.  Worst still, as I phoned my referees I was told that they had deleted it from their computer.

My stress levels began to rise.  I began to panic.

A multitude of emails and tweets followed.  Helpful reminders to turn to prayer were sent my way.  What felt like miracles followed.  A copy of my lay reference was found and emailed to the diocese.  My academic reference suddenly arrived in my inbox and the diocese’s.  It was time to breathe and give thanks.

I also got a response to my question about whether I would get to see my references.  It was intriguing.  I was referred to the letter the diocese had sent to the referees.  Apparently they are encouraged to discuss and share the reference with the candidate yet, part from my boss, none had.

The diocesan letter went on to let the referees know what would happen with the references once received: they were to be destroyed after the Bishop had made his decision following a BAP.  It was emphasised though that the candidate could, and was entitled to, ask to see the references at any time under the terms of the Freedom of Information Act.

The implication from the diocesan letter was clear: not only was I entitled to see my references, I was encouraged to see them.

I had been perfectly happy not being involved in the writing of them; it meant that they could be written without any influence from me, and be all the more honest by being done with me absent.  Nor was I worried about their content.  Any flaws in my character or suitability would be exposed but such apparent weaknesses are the things you need to know if you’re going to improve.  Seeing the references would therefore be invaluable.

Enacting the Freedom of Information Act though feels rather over the top and navy handed. It also gives a bad impression, suggesting a difficult relationship between me and my referees.  A simple request for copies is, knowing my referees, all that is likely to be required.

In the midst of this I had a second meeting with an Examining Chaplain to arrange.

With the diocese working to a deadline there wasn’t much time in which to meet both people.  Time was further restricted by my Grand Tour of theological colleges planned for the following week.  The Examining Chaplain I contacted was ready to make space in her schedule for me but there were only two nights available: my wife’s birthday and Valentine’s Day!

It wasn’t a particularly difficult decision for me and my wife to make.  Valentine’s Day feels more of a commercial enterprise than a celebration of love, something that we had done on our eighth wedding anniversary 2 weeks ago.  Celebrating my wife’s birthday was more important.

So on a stormy Valentine’s Day evening I set out for my first Examining Chaplain experience.

I was nervous.  I had had no time to prepare.  The tension increased when the road to the Examining Chaplain’s house was blocked by a fallen tree.  Rain lashed down as I approached the imposing Victorian house.  A thick wooden door opened and I was beckoned by the lady into a panelled entrance hall.  I was in an Agatha Christie novel; Miss Marple stood before me.

Small talk began as tea was made.  Jars of marmalade lay setting on the kitchen table, the tin lids being replaced by sheets of plastic held on with elastic bands.  The tea pot was placed on the tray beside the separate jug of milk and pot of sugar.  It all spoke of traditional values, of attention to detail and of taking care in the preparation of things.

As the clues given from within the kitchen had suggested, the meeting was to be one that had been well prepared for by the Examining Chaplain and which drew upon her years of experience as a Lay Reader.  The small talk had been the ice-breaker.  She questions began: so why did I want to be an Ordained Priest and not a Lay Reader?

I didn’t impress even myself with my vague answer.  “I don’t know… because I sense that’s what God is leading me towards”.

It was a shaky start.

Her questions cut straight to the chase.   At times my passion for certain things flowed out but at no time was I allowed to get away without clearly and precisely justifying my opinions, views and faith.  It was exciting yet unsettling 2 hours.

I looked for clues that would tell me what she was making of me but this time there were none on offer.  Like Miss Marple having collected her evidence, she was not letting on where her deductions had taken her.  She was, as she explained, but one person and one opinion on my journey.  She would write her report and send it to the DDO.

I entered the tempest once more.  As I drove home I could not but dwell on her first question.  It was a challenging reminder to try and remain open to all possibilities and destinations.

My sense of not being called be a Lay Reader may be down to a lack of understanding and time looking at such a route.  From my limited understanding a Lay Reader is someone that does much or what an ordained priest does whilst maintaining their life and work outside of church.  Their training equips them to be undercover agents of the church, taking theology into environments that a dog collar may make difficult.

Here’s the problem though: no matter how much I read, write and pray, I suspect I will never be able to fully articulate and justify what God may be doing.  All I can do in times such as these is to be myself and pray that those questioning me are discerning similar things – if they are not someone has badly misinterpreted God’s voice.  It is an exercise of trust.

I have little time to contemplate my first Examining Chaplain meeting as I am embarking on a Grand Tour of Theological Colleges.  Maybe that is a good thing.  My mind is about to be bombarded with a succession of visits where any chance for contemplation will be spent in processing what each day brings me.

Just as I am in pursuit of clarity about where God may be calling me to study so am I desperately trying to accurately discern God’s will for my life.  It may be ordination, it may be something else.  Clarity will come but experience tells me it might not be until after the event.

My three pieces written for the Examining Chaplains:

Also, see GiDaMo’s Blog post “Why am I training to be a Lay Reader?”.