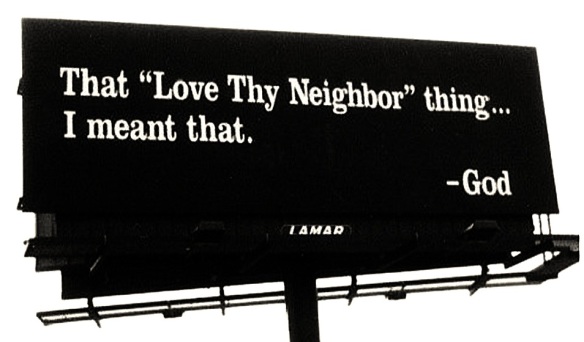 This year the subject of same-sex marriages in and out of the headlines.  Often, maybe always, a controversial topic it raises tensions and all too frequently leads to a barrage of abuse, sadly even from those who agree with Christ’s call to love and respect one another.

Peter Ould, an Anglican priest, blogger and tweeter, has strong views on the subject.  His recent post on potential changes to liturgy within the Church of England (see The Path after Pilling) caused quite a stir.  In it he suggested that a Church of England report would be recommending that liturgical be changed to include blessings for same-sex marriages. The Church of England’s Director of Communications, Arun Arora, responded saying that Peter Ould’s suggestions were incorrect as the draft report in question was recommending against blessing same-sex marriages.

Peter Ould’s post and the response to it showed that tolerance can be in short supply when such issues are discussed. Vicky Beeching and Caroline Criado Perez found the same when discussing feminism and having a lady on at least one English bank note earlier this year (I touched on this in my blog Do you feel tolerant? Well, do ya, punk?).

It was a debate I stayed out of. I am in the midst of writing up my thoughts on Gerard Hughes’ God of Surprises for my next meeting with the DDO.  As I tried to quieten my mind after a night struggling to get my thoughts into a coherent form, I read the following question Peter Ould raised.

We don’t say people make monastic vows are somehow doing something inferior by ruling out marriage. If a civil partnership is made together with a public vow of celibacy, then the closest analogy is with religious communities. There may be a place for affirming (even blessing) such a relationship. But the key point IS the public affirmation of life-long celibacy even if it were possible to be sexually active. Without that the relationship is open to being sexual.

In hindsight reading the short post was a silly thing to do, as my mind was more awake than before!  Having read in God of Surprises about paying attention to the signals sent out by our inner life or soul I felt called to respond.  It is something that I ought to have an opinion of sorts on, incomplete or not, as no doubt would I be questioned about it somewhere along the ordination path.

So the body that wanted sleep gave into the mind that wanted to stay awake and I typed a response into the tiny screen of my smart phone.

I was very conscious of being no expert on theology, the Bible, God and so many things and that my feelings could come across as particularly naive.  My thoughts on the subject, and on many others, are still forming themselves and have not yet reached a position where my opinions feel secure.

I desperately wished not to offend then, nor do I wish to offend now, so it was therefore with some trepidation that I posted my thoughts.

Isn’t the core of the issue that sex is an act intended by God to be between a man and a woman in marriage?  So sex is out and celibacy is in for everyone who isn’t in a heterosexual marriage, right?  It doesn’t matter whether the person is single, divorced, widowed, heterosexual, homosexual, bisexual or whatever other category you can think of, for such groups God’s will is celibacy.

I’m not saying it’s easy to be celibate, far from it in today’s sexualised culture.  When I was single I would have loved to have been able to have had sex but knew not only that it would have created baggage that I would have to carry into a marriage if I ever was to get married but, subsequently as once I became a Christian, that God didn’t want me to either.

But God doesn’t say anything about not loving certain groups.  Just as God’s grace and love isn’t selective and is available to everyone so we are called to act likewise.

If an individual or couple makes a commitment before God to be celibate should we not honour and trust them in making that vow?   If they break that vow isn’t it God that should and will judge them, not us?   This isn’t something that is tied to one form of sexual orientation, there have been too many cases of breaking this vow by celibate priests as we know.   Likewise, there have also been too many couples who have broken their vows of being faithful to each other and not having sex outside of their marriage.  We are called to forgive and love them just as we are for any individual or couple that breaks their vows.

Not judging isn’t easy and I’m not suggesting we shouldn’t be clear about God’s will about sex, we absolutely should, studies and statistics have proven Him right time and time again (don’t ask me for sources!).

Love and trust is what I’m left with after all this!

Like I said, I’m no expert. I’m just a person trying to honour God in all I do and am.

(The above has been ever so slightly edited to improve my grammar!)

Submitting my comment was unnerving. I wondered if I was opening myself for a tirade of abuse or anger. Yet somehow I managed to fall asleep; having obeyed what I felt was God’s call for me to engage with the issue my mind was at peace.  Please note that I am not saying God gave me those words, He didn’t.

The next day I noticed that my comment had elicited a reply:

What you’ve said is lovely in many ways, but I do worry about two things:

1. If an intentionally celibate couple who love each other are living together, then isn’t that putting themselves in a position of being particularly and constantly tempted.

2. In today’s society people who don’t know about the vow of celibacy (or who simply think the couple must be lying) will assume a sexual relationship. We are told to avoid all appearance of evil and the position of celibate couples comes perilously close to ignoring that wisdom.

I was relieved, upon reading it, to find a constructive comment from another person wrestling with the issue and searching for God’s will on the subject. I could have ignored the reply, having done my apparent duty in submitting my initial comments but that would have been wrong. I owed the person a reply, and quickly wrote the following:

I agree with you on both points and am wrestling with those very dilemmas. For celibate couples temptation will be ever present and it would be hard not to succumb to it, and you’re right it would probably be viewed cynically and with doubt by many, if not most, people. As Paul said in his letters to the Corinthians (1 Corinthians 7), it is better to stay single if people can.

Still we are called to love and extend grace to everyone, whilst also standing firm and true to God’s commands to keep sex to between a man and woman in marriage. Hopefully if the world sees more of the love and grace being applied they will respect those believing in traditional forms of marriage.

This is a difficult subject and I have been fearful of getting off the fence and making my views public but it is a challenge I know I will face many times in the future, especially should I become ordained.  I love my friends, irrespective of their sexual orientation, and I want them to be happy.  If those of my friends that happen to be gay want to join with another in civil partnership or marriage I would not want to deny them that opportunity.  But, and it is a big ‘but’ that may well offend people and be viewed as hypocritical, with my views on sex I could not bless a sexually active same-sex relationship just as I couldn’t bless a sexually active relationship between heterosexual friends who were not married.

As I said earlier in this post I hope I have not caused offense in what I have written.  I have simply written as someone wrestling with an issue and trying to love as God loves.  If I have offended please, please forgive me and help me to understand your views, even if we are unable to agree on everything.

Finally, please listen to the moving speech below by Canon Mark Oakley where he talks at Green Belt 2013 about gay marriage and life as a gay Christian.  It broke my heart.  I hope he understands my position and forgives anything that I have said, written or done that has harmed him or another.  Above I hope he can accept that l, weak and flawed as I am, love Him as a brother just as he knows God loves him too as His son.

I would welcome your thoughts on the subject, whether you agree with my feelings or not. May I ask one thing?  Please be gentle, constructive and loving too.  And yes, I know, that could count as three things!